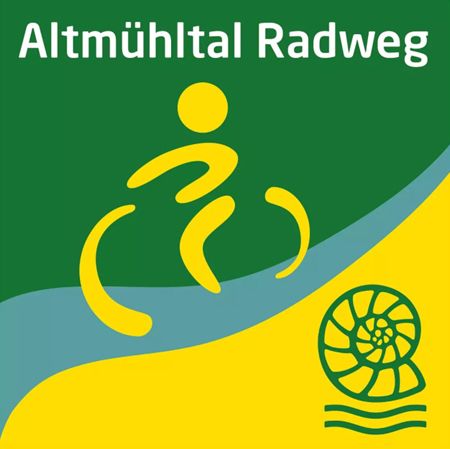 The naming of the cycle path isn’t always consistent. You will find the names Altmühlweg, Altmühl-Radweg and Altmühltal-Radweg (with and without hyphen), which all refer to the same route. 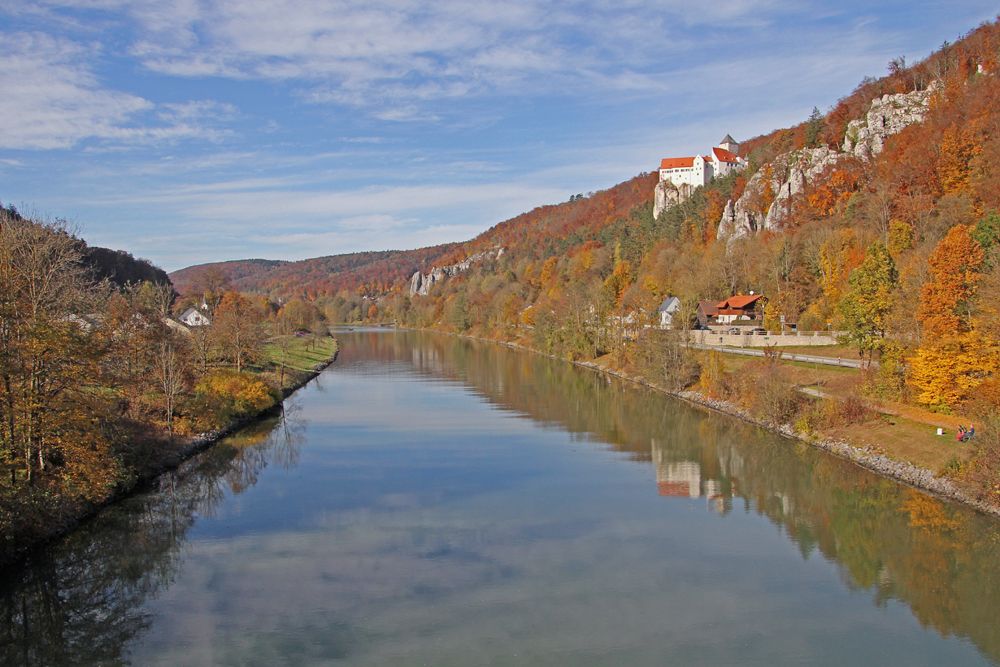 The river:
The Altmühl is a northern tributary of the Danube and Bavaria’s most slowly flowing river. In the 1980s, extensive river regulations were implemented in the middle reaches, creating the Franconian Lake District. Despite public protests, the lower course between Dietfurt and Kelheim was expanded to create a shipping route with 3 barrages with locks and fish ladders. The Altmühl is a popular canoeing area and its water quality is good, while its many river lidos are ideal for a refreshing dip.

The landscape:
In its upper reaches, the Altmühl flows through the gently undulating Frankenhöhe. In Treuchtlingen, it begins to break through the Franconian Alb with a narrow, deeply cut valley lined with high limestone cliffs, which flows into the wide valley of the Ur-Danube at Dollnstein. The Altmühl continues to meander and reaches the Danube in Kelheim.
This is an area with lots of agriculture, while the valley slopes are mostly forested. There are many nature reserves and the Franconian Alb is marketed as the Almühltal nature park in this area. There are no big cities, but there are charming and historic small towns and villages that are worth seeing. 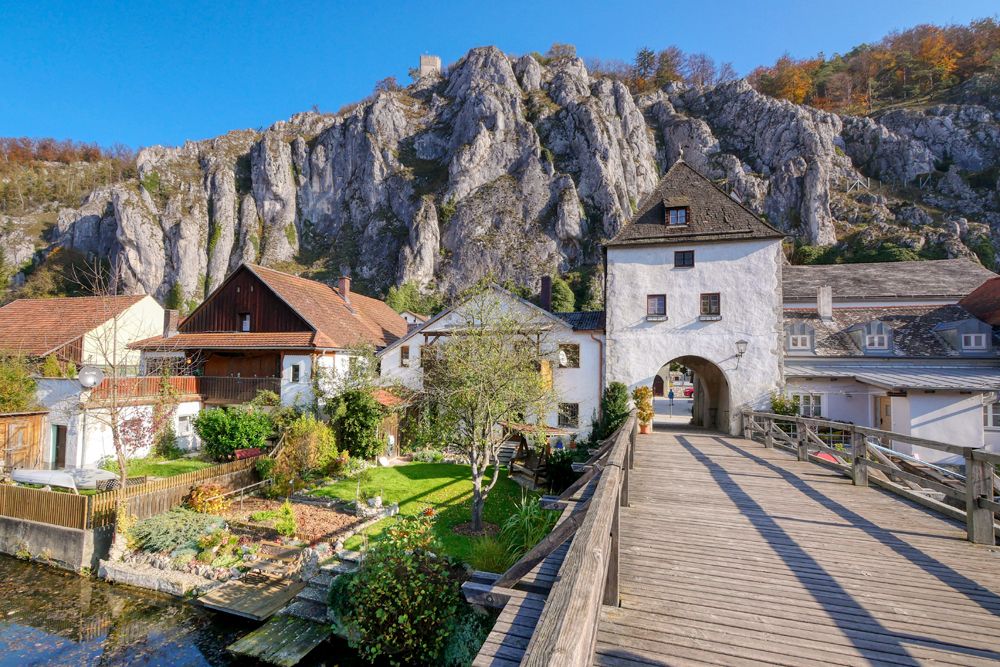 The Altmühl Cycle Path:
Despite its name, the cycle path does not begin at the Altmühl, but at the river Tauber - medieval Rothenburg is the starting point for almost all tours on the Altmühl Cycle Path. Field and forest paths as well as quiet side roads are used up to Gunzenhausen, then the Altmühl Cycle Path runs on separate, often water-adjacent paths. It’s good for cycling, but not necessarily recommended for rollerblades. Most of the time you’ll cycle along the river with few inclines, which is why the cycle path is also very popular with families with children. The signage is very good, but it is advisable to take maps with you when planning sightseeing trips. 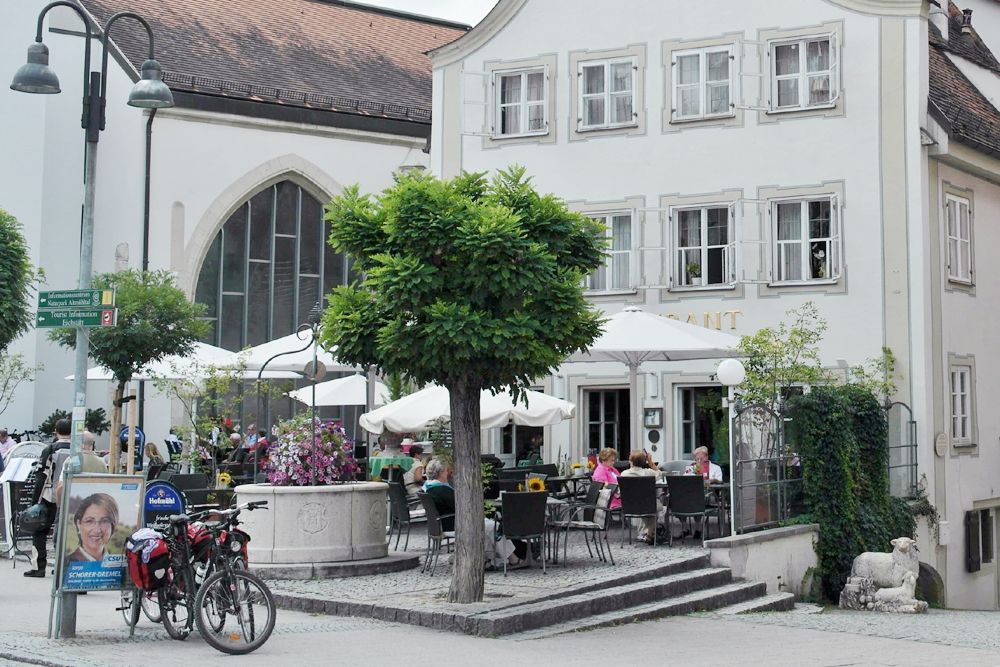